NBA news trades is a hot topic, it will be interesting to see if anyone can do a better job than the one currently done by the league. The one currently in charge of the team will need to be forced out. After all, there is no shortage of candidates. 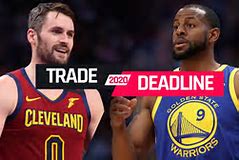 For example, a team cannot go into the offseason with the mentality that they should trade a lot of good players in order to improve their chances to make the playoffs. That’s a stupid approach. No one can figure out the Lakers, Celtics, or Cavs and get away with it. I would never say that the only way to win a championship is through trades, but you can’t trade for the sake of trading.

I think there are several ways for a team to handle this. First, the league has to come up with an anti-trade law. It will have to include a clause saying that the owner of a team cannot make trade deals that would help his team in the playoffs. I think that is a good idea.

Secondly, the owners have to agree that only one franchise player can go before the trade deadline. Not only is this a fair way to go, it is also something that most people agree on. In other words, they don’t want the luxury tax, so that hurts the cap space that each team has. This gives teams more room to work with.

This is a way to prevent teams from wasting time making stupid trades that could do no good for the team. I am sure there will be lots of talk about this concept by teams. As long as there is discussion about it, it will continue to exist. Those are both fair concepts.

One aspect that I think will be a problem for the NBA teams having too much flexibility. An NBA team should be able to figure out its own schedule and get healthy in time for the playoffs. Make trades when the team needs them, not when you feel like it.